Sterling Polish is one of the rare illustrious Danish companies that can celebrate their 75th anniversary. The factory in Gentofte was designed and built specifically for Sterling Polish in 1948, so every one of the building’s bricks tells a story.

Pride and great enthusiasm can be felt when one chats with CEO Hans Glavind Rasmussen, who has been at the head of the table since 1987, when he took over the company from his father, Arno Rasmussen.

Hans Glavind Rasmussen tells it like this: ‘My father worked as executive secretary with Georg Jensen during the war. At that time, they had trouble getting sufficient silver as a commodity, so there was a need to think in new, profitable ways. An idea was conceived to develop a product that people could polish their silverware in. My father was commercially minded and neither jewelry man nor chemist, but he found a skilled chemist who created the first silver polishing powder that, mixed with water, created a paste that you could smear onto silverware and subsequently rinse in water. That marked the beginning of Sterling Polish’.

The product quickly became a success. A few years after the war, due to lack of space it became necessary to move out of the basement in Pilestræde and into the new premises. For that reason, Georg Jensen decided to build the factory here on Nybrovej, where Arno Rasmussen was asked to take over operations. And because silver and copper polishes are closely related to other polishes, soon the range of products was expanded to include, among others, furniture polish, which could easily be produced on the same machines. This and kitchen cleaning products emerged in the wake of the success of silver polishing agents.

The cooperation with Georg Jensen continued until 1967, when it was decided to focus on the business of silverware, but the partnership between the two companies remains to this day.

Now, a very large portion of the company’s more than 40 products are on the shelves in most grocery stores, and as a curiosity, it should be noted that Sterling Polish supplies both the Danish and Norwegian royal courts. 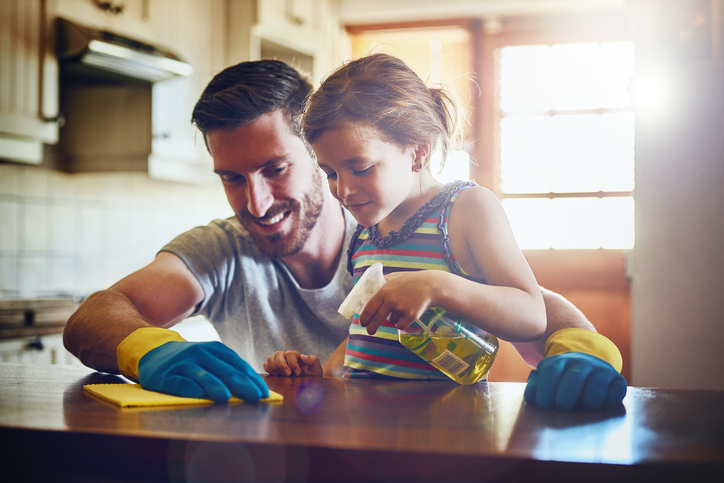 After a few years in the new premises, Repella started producing, among other things, detergents, soaps and fabric softeners for launderettes and industrial laundries. When Hans Glavind Rasmussen began working at Sterling Polish in 1981, it was as marketing manager in Repella, which was sold in 2010. Repella to this day provides printed textiles, dispenser solutions and accessories for the modern laundry and service industry. 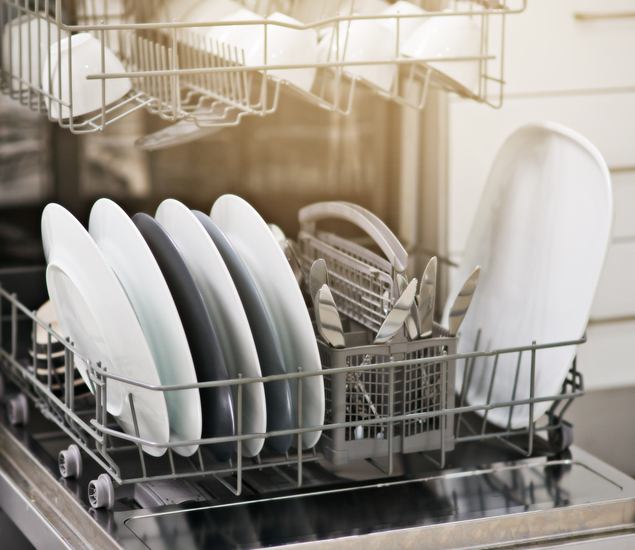 In 2007, Sterling Polish launched an effective dishwashing tab under the name Step, which is characterized by its practical outer packaging in the form of plastic containers.

Hans Glavind Rasmussen talks enthusiastically about the company and its dedicated employees, but there is no doubt that it is Hans who is the company’s public face.

He emphasises that quality is the most important thing for Sterling Polish. ‘We still produce about half of our products here in the factory. We retain production in-house to maintain quality. I usually call it “respect for quality”, and the goal is that our products must always leave perfect results, whether it’s metal polishes, cleaning or furniture polish. We never compromise. In fact, it’s probably this stubbornness to maintain quality that has made us a successful company for the past 75 years’, says Hans Glavind Rasmussen.
Sterling Polish was for many years the supplier of boot polish to the Danish Defence. It still supplies the universal polishing agent Dollar for the Navy’s much brass equipment.

As the decision maker of the company, Hans Glavind Rasmussen often seeks the most flexible solutions. He travels many days a year and ensures he constantly monitors business at all times. ‘It is a huge strength for us to have dedicated and knowledgeable employees, so that I can put in so many hours in the field to identify new needs and move quickly to meet them. There is no rigidity in our way of working, and it offers us many advantages that we can skip several stages and make quick decisions regarding the development of new products, etc. We do not save our efforts for the future, but use our knowledge and expertise to create a flexible course of business, so we can constantly get new and improved products out on the shelves’, he says. 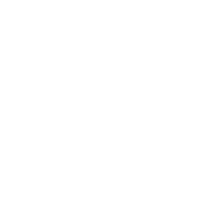 Perfect cleaning and care of textile for both home and car. Get the best result with Sterling. 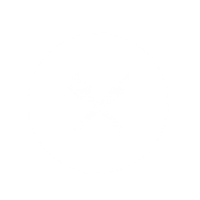 All of Sterling Metal Care products is made and quality controlled in Denmark. 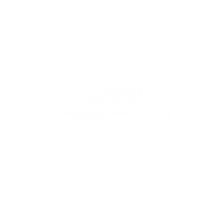 Sterling Shoe Care is a guarantee for the perfect resulat – every time you use it. 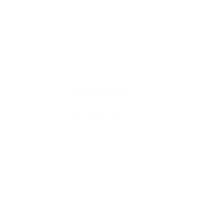 The best quality for your furnitures and wood products. All made in Denmark.

A heart for export

Following the acquisition in 1987, Hans Glavind Rasmussen turned his focus towards the export market, and today both new and classic products are now sold in countries including Norway, Sweden and France. The lattermost represents a huge market for Bistro Polish, which any French restaurant with respect of itself will use to burnish its copperware to a lovely glow.
Sterling Polish supplies more than half of Norway’s consumption of metal polishes, and sales to Norwegian consumers have almost overtaken those to the Danish. Sterling Polish’s success abroad is simply due to its focus on producing high-quality products that are environmentally friendly and easy to use.

The history of Bistro is the history of gastronomy. Hans Glavind Rasmussen remarks, ‘In the 1960s, it became fashionable to cook dishes from Southern Europe. The first thing you did was to organize your kitchen in a Mediterranean style, so you hung onion vines and copper pans on hooks in the kitchen. In that way, it looked truly French. It was also discovered that, when cooking in French copper pans, it would not do to polish them in the ammonia-saccharated products that gave one black fingers and did not smell very appetizing or impart panache. So here arose the need for a simple and clean polish, which could be used on cookery. That is how Bistro was invented. It is both water soluble and biodegradable, which makes much more sense when working with gastronomy’.

Like many other companies, Sterling Polish has adapted their products to both customer needs and local environmental regulations. Sterling Polish are proud of the high recycling rate of 99% of all waste. ‘As much as possible, we use environmentally friendly products without compromising on quality, which is still the most important thing for us. We’re happy when we succeed in producing water-soluble and biodegradable products such as Bistro, which is still unique in its quality’, says Hans Glavind Rasmussen.

The plan for the future is the development of even more environmentally efficient and friendly products to be eco-labeled with both the Swan and EU Flower. Sterling Polish’s products cannot be eco-labeled yet; they must wait until the EU sets out the many criteria required to obtain the label. Certainly, it will be a lengthy process to establish products that transcend categories such as copper, silver and brass. But at Sterling Polish, they are patient and look forward to success. 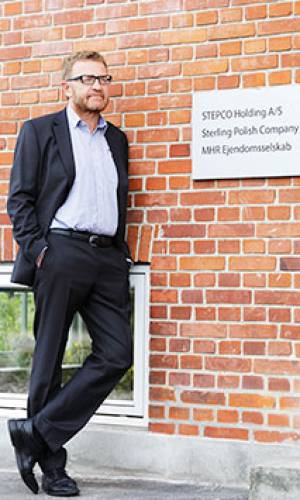 RECEPTION FOR THE 75TH ANNIVERSARY

Sterling Polish is proud to celebrate their first 75 years. All business associates, customers and friends of the house are cordially welcomed and invited to a reception at Gentofte Hotel on Friday the 25th of November from 14:00–17:00.

Born 1957
Married and father of three adult children
Educated at Niels Brock Business College
Employed at M. Krüger & Co, where he sourced tenders for water supply and accounted for exports of Danish food products to West Africa
Started at Sterling Polish in the Repella department in 1981
CEO at Sterling Polish since 1987